The Answer is Yes. 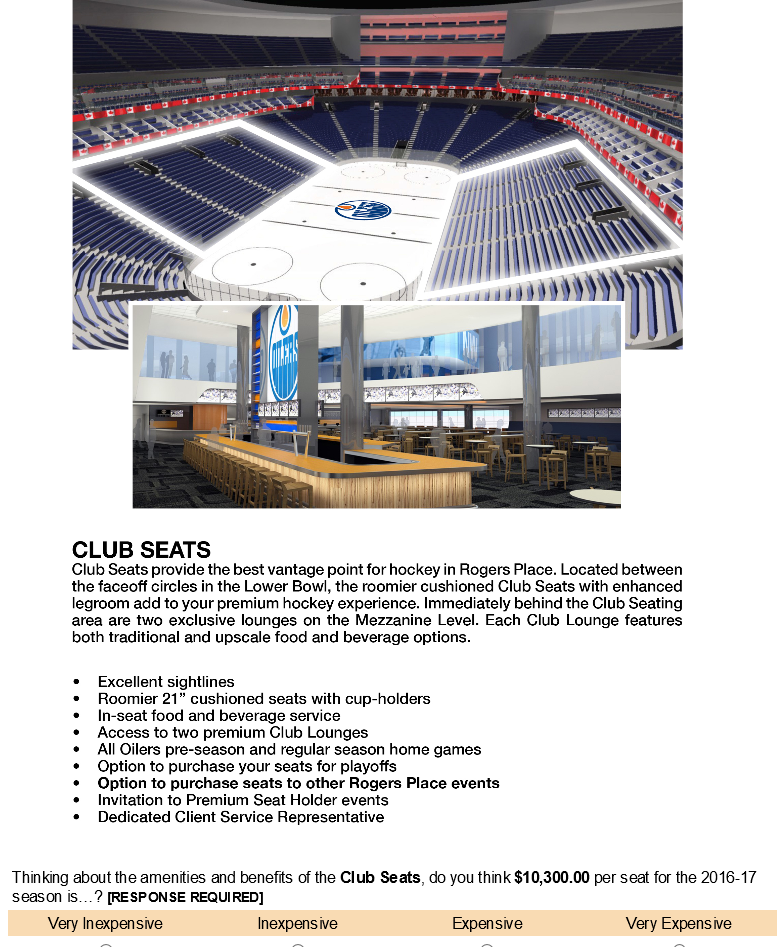 The question is have the Oilers lost their mind?

There will be a dramatic price increase for the new arena (not news) but some of the potential increases are a bit crazy.

Here are some screen captures from the Oilers survey that was sent to the season seat holders last week. These are not set in stone nor did everyone receive the same survey; prices varied in the survey.

As you can see, some of the price increases are crazy. This is also just a survey to gauge our reaction. They are not increasing prices 300%. I would be pretty shocked if that happened.

Likely the increase will be in the 15-20% range as it was for the Penguins new arena a few years back. 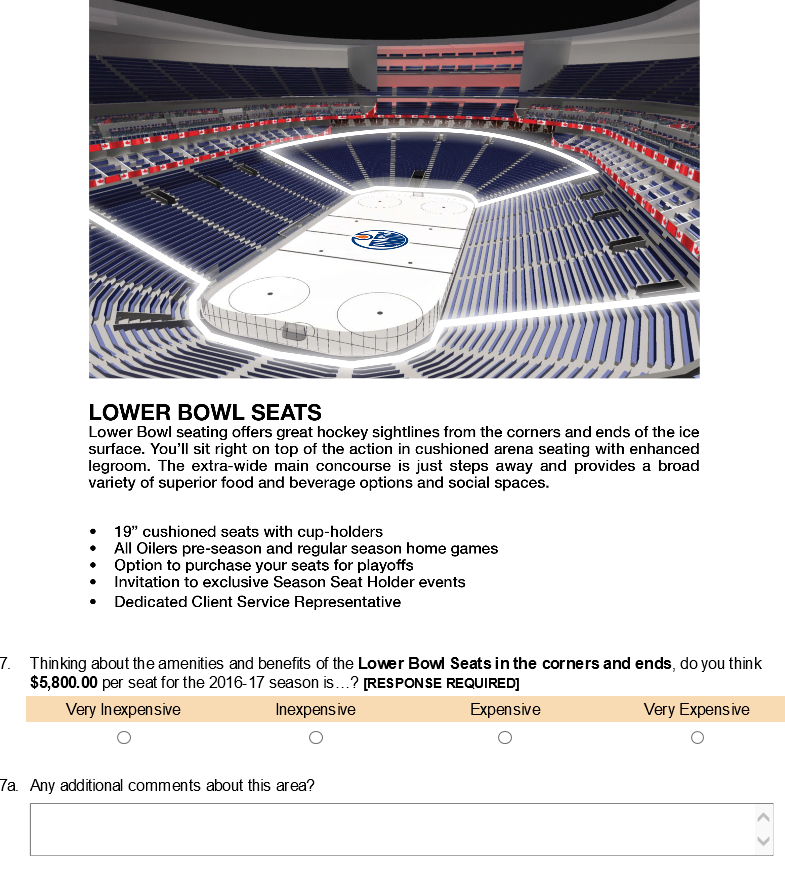 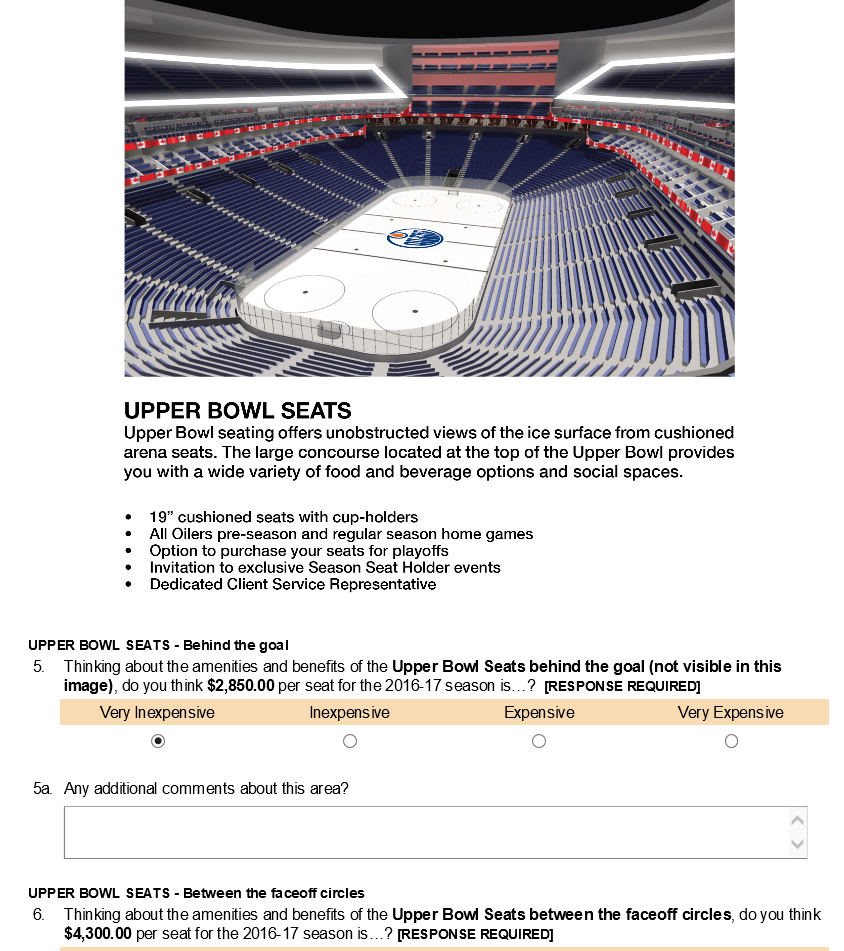 Keep in mind though, the Oilers are already near the top in average season seat price. Supply and demand will the reason cited. It's true but let's not forget that after the Oilers Stanley Cup run, prices jumped dramatically. Mine went up 18%. I wasn't happy to pay for that increase but my team had just made the final so I wasn't about to walk away. On-ice performance matters.

However, with a team that has finished near the bottom of the league for more years than I care to remember, jacking ticket prices up that same 18% is going to make me think a little bit longer.

Here is what will happen: fans will not abandon this team YET. Why? We want to see the new arena. I do. I hate that I do but I will be there opening night. The biggest test comes in years two and beyond. Will we still be willing to pay that 15-20% jump in year one and then the expected price increases in subsequent years?

The past five years, I've paid between 2-8% increase each year. After that first year in the new arena, I will be less inclined to continue wasting my money on a losing franchise.

I do not see this team improving any time soon. Any minute now, they will trade their best defenseman (Petry) for  nothing (similar to the Hemsky, Perron, etc trades). Actual NHL players will be shuttled off to new teams and the Oilers will have more draft picks while management continues their incompetent reign.
This isn't about affording Oilers season tickets. I can afford these price increases. The question is do I really 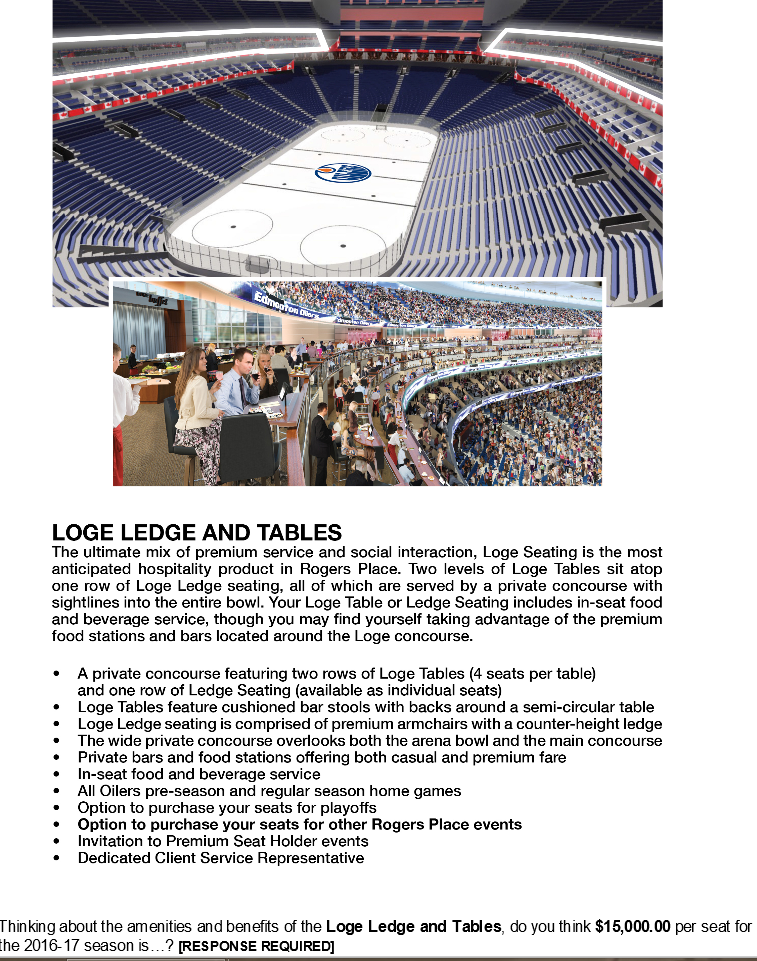 So take a look at some of these suggested price increases. The increase in the 300s/upper bowl is insane. From a current $1372 to $4300 (between blue lines) - that is over 300% increase. That seems unlikely, right?

I have a seat in the 200s - first row of the 200s. With the lower bowl increasing in size, does my seat go from the 200s to the lower bowl? It would become a club seat if it did; to stay with the same row number and location. That's an increase from $4762 to $10,300: more than double the increase. Or would I be given the option of dropping levels; going higher? 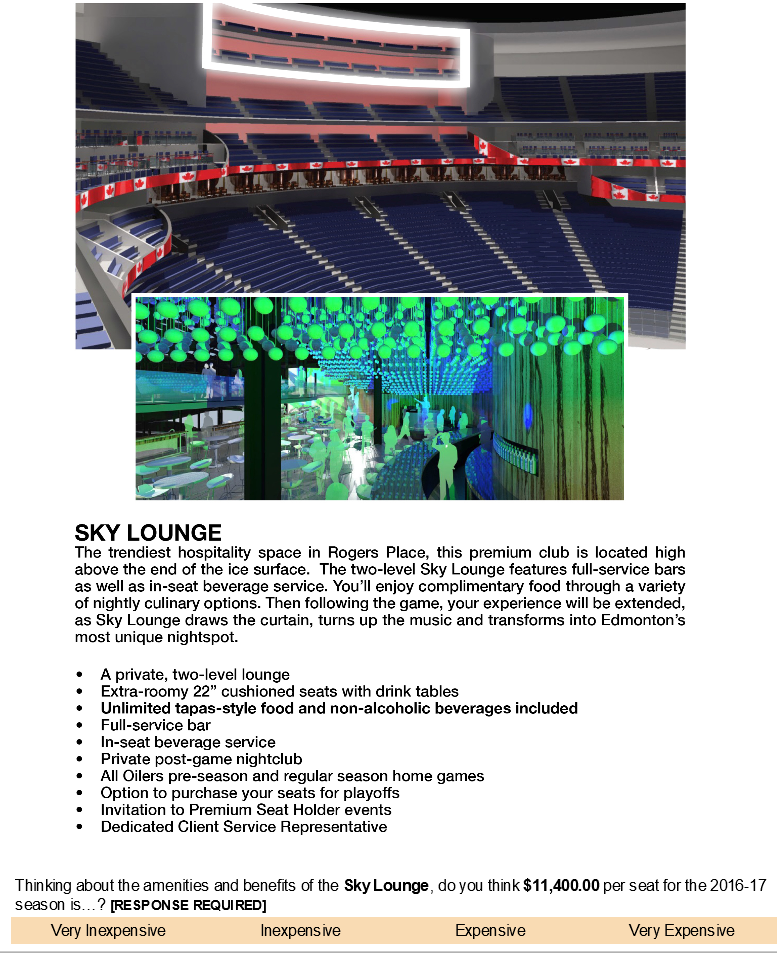 We have no information on seat allocation at this time. We do not know how they are going to decide it. But if my seat becomes a club seat, I won't be impressed with the double increase. I can see club seating increasing dramatically.

And all those other fancy seats - goalpost grill? Theatre boxes? Sky grill? That's for the corporate people. I would never want to pay that kind of money for hockey. I'd prefer to save money to go watch Olympic hockey! :)

It's an interesting time in Oil Country. Improve your on-ice performance and the fans can stomach an expected price increase of 15-20%.

But no way to 100-300%. That's likely just a scare tactic so that final increase won't seem so insane. Or maybe I'm totally jaded by now.

So thanks Oilers for getting me to post about you; I was thinking of holding out until this team became watchable. Yeah I'll be waiting a long time. 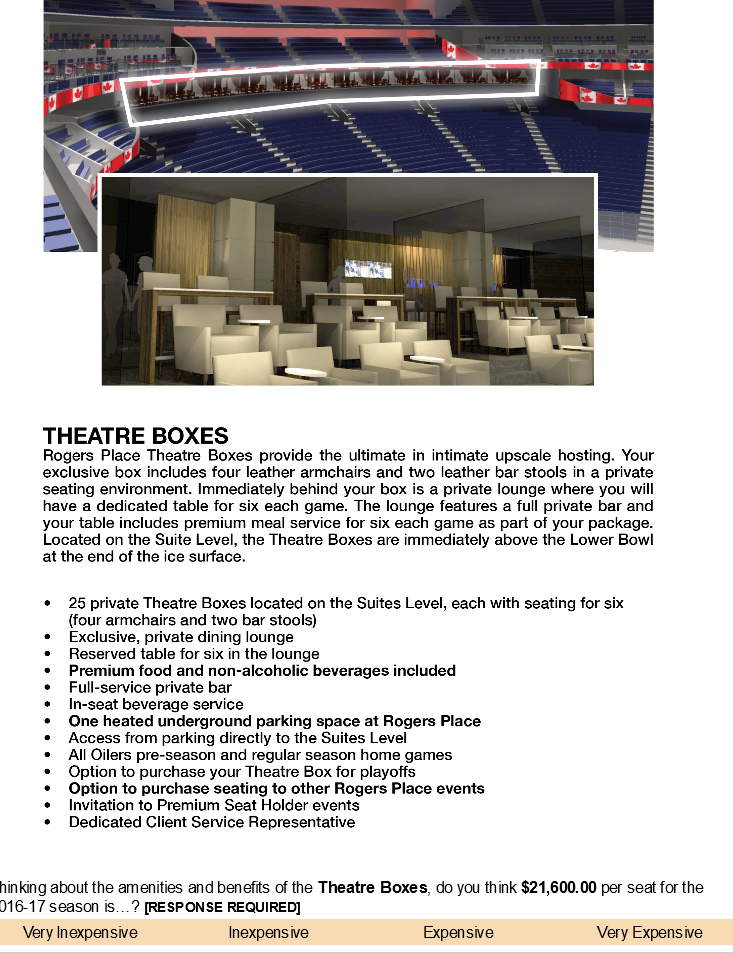 Please visit my site alsohotmail customer service uk .I hope you like my site.

Please follow me at http://thetravellinghistorian.com for all travel-related information.